I believe art is a platform that can be used to tell a bigger story, challenge everyday thinking, and effect change. When something is on my heart, the artist inside of me screams with ideas until I have found a way to visually portray it to others - it's a sort of artist obligation that I have. I believe art and the story it tells can be beautiful, respectful, and challenging. 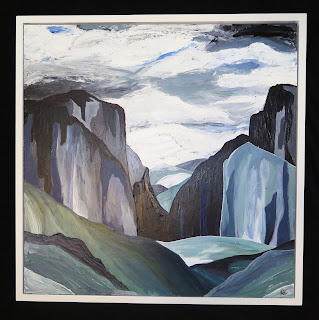 "Strength for today and bright hope for tomorrow."

Lyrics from a popular hymn. Lyrics that accept weak and weary feelings yet recognize the need to ask for strength for just today. Lyrics that recognize a lack of hope today yet understand the necessity of believing that tomorrow will bring hope. Lyrics that recognize a season of deep pain, hurt, and fear yet refuse to accept that hope can be anything other than bright.
May we acknowledge and accept our hurts and ask daily for strength. May we remember and believe that bright hope is just around the corner. 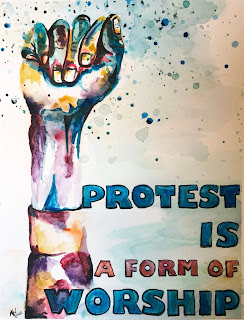 Protesting does not only happen in the streets. It can happen on the phone, at the dinner table, in our purchase behaviors, in our word choices.
Protest is both a noun and a verb - to go against something that has been said or expressed and deciding to do something about it.
And, it is a form of worship - full of lament, songs of deliverance, and a decision to be "with".
Inspired by speakers from the CCDA - Christian Community Development Association Conference.

The sparrow and hummingbird are small, resilient birds.
Sparrows, are communal in nature and protective of their clan. They are persistent and show integrity and self worth regardless of external factors. Sparrows are not afraid to sing their soul's own song and they encourage creativity and kindness.
Hummingbirds symbolize the enjoyment of life and lightness of being. They are swift and flexible, adaptable to accommodate life's circumstances. Hummingbirds express joy and love fully, lifting up negativity without tiring. They take time to enjoy life.
Created to be a constant reminder of what kind of space our home can be. 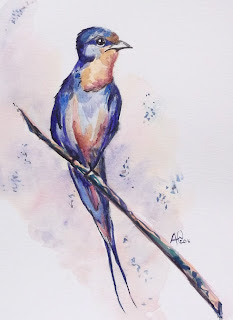 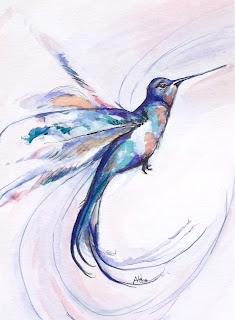 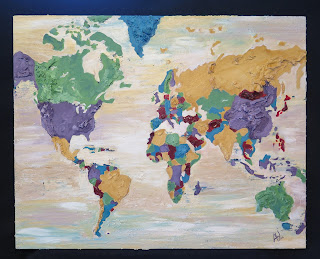 When life seems too difficult, we often get caught up in our own emotions, thoughts, and desires. Sometimes, it helps to take a step back and see how small we really are in the big picture.  All of those countries, all of those lakes and mountains, all of that ocean - the wars, evil, depression, injustice, the joy, beauty, smiles, and love - they are in God's hands and we are but a small piece of the bigger picture. 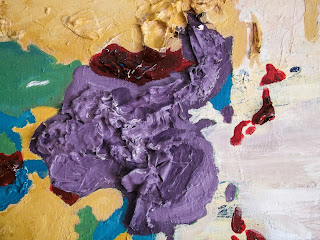 However small it may be, each piece is important and has a unique voice - let's all choose to end the wars, evil, depression, and injustice and instead live with joy, recognize beauty, and love fearlessly. 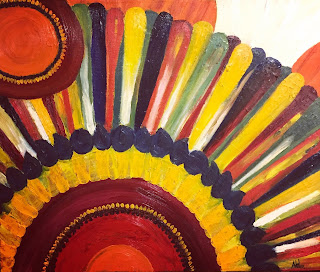 "Strength for today and bright hope for tomorrow" is a familiar part of a popular hymn that I love. This painting took me forever to produce and the truth is, I almost slashed it because I titled it “Bright Hope for Tomorrow” and wasn’t feeling hopeful. Instead, I realized the song uses the word “tomorrow” and asked for “Strength for today”.

Part 2 titled “Strength for Today” above. 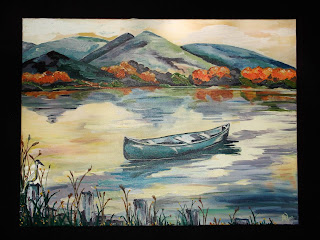 When people think of poverty, they tell you what they see. What they don't see is what is intentionally hidden by the perpetrator. People don't talk about things they don't have solutions for.

However, solutions to large problems are not impossible - it takes obedience that requires perseverance and bravery! Let's strengthen systems and do justice so that everyone can freely fish and eat for a lifetime.  (Inspired by excerpts and thoughts from AJS, IJM, and multiple other readings.)

Many years ago, Anna VanderSchaaf (De Rooy), my Oma, immigrated from the Netherlands to Canada on a boat named "The Waterman" after World War II to start a new life, as her life then was not easy. 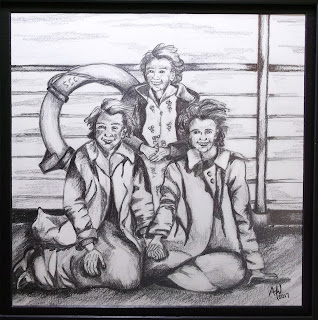 Her immigration journey was difficult and although decades later, it still pains her to talk about it now.

Yet, many of her memories are about how this new country became home. She remembers feeling welcomed when arriving to Canada. She received legal citizenship status so that she could begin working, get married, start a business, and start a family. 60 years later, she now calls Canada her home.

This piece captures a joyful yet uncertain moment as Anna nears Canada on the boat with her family and other immigrants aboard. Can't we also open our arms and allow our country to become home for immigrants?

When his birth parents were not able to keep him safe, he was placed in the foster care system at almost 2.5 years old. Without hesitation, my parents decided to foster parent my nephew. 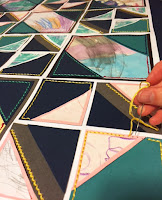 It was a painful journey and soon became clear that reunification with his birth parents was not the route we were on. He regularly called me “mom” with questioning eyes. Others assumed I was his mother when we were out together, resulting in him kicking and running away, hurt and confused.

He began to write dozens, then hundreds of letters, stuffing them into any envelope he could get his hands on and giving them to people he loved. His top two birthday list requests were envelopes and paper. Writing letters became his way of processing his hurt.

I couldn’t read most of his toddler handwriting, but I could make out words: Mommy…Nani…Opa…and my name, Ali.

After 693 days of the foster care system journey, his birth parents bravely decided to place him for adoption, and my parents adopted him. Many of his feelings of hurt and confusion slowly began to transform into feelings of love and safety and he stopped writing letters so frequently. 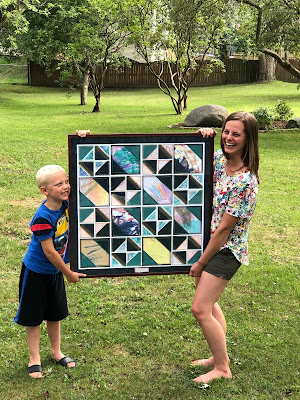 I tucked away the box of letters he had written to me – I wasn’t ready to get rid of them but also wasn’t sure what to do with them.

After a year, I was finally ready to begin piecing his journey together into a quilt. With each stitch I asked for healing. I prayed for patience. I felt beauty blooming out of pain.Our past does not define who we are, but it is up to us to choose how to stitch together pieces of our journey into beauty.

When I first showed my nephew what I was working on, his eyes doubled in size, he covered his mouth with his small 6-year-old hand, gasped, and said, “Auntie Ali, it’s beautiful!”


His journey is not over – there are more hurts that will need to be processed. But these letters are stitched into his story, it’s a part of who he is.

"Another Language", Series of Paintings

Sometimes, we communicate best through another language. 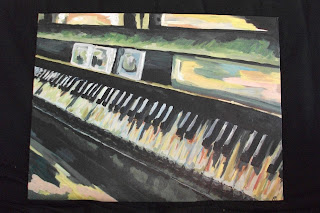 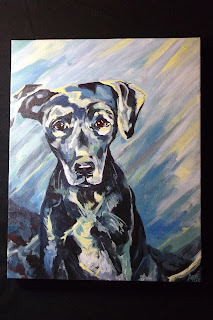 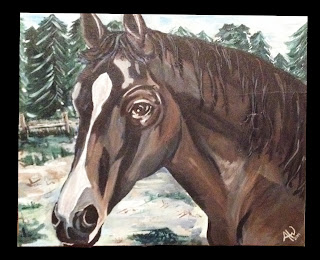 Another Language III, 2015, Acrylic on Canvas 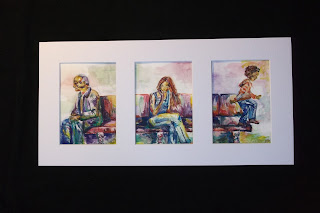 The world often tells the disabled, the elderly, the poor/widow/orphan that they are not good enough to have a voice. But I have found most of these people have a better sense of self, sense of humor, and sense of the world than I do. The average person often forgets the importance of each and every voice as well as the importance and responsibility of their own voice.

So, what if one day, we all believed that our voice mattered? That we had a responsibility to use that voice for good? And, what if all of those voices became One Voice? What if One Day was Today?